Tour Description:
Kent, the Garden of England, enjoy 3 leisurely days spent in the south eastern corner of England, an area known for its natural beauty and rural charm. Discover ancient castles, medieval Canterbury cathedral and stand atop the natural marvel of the White Cliffs of Dover. Take time to savour the flavours of Kent, from the legendary Whitstable Oysters to the crisp English wines produced in this area.. 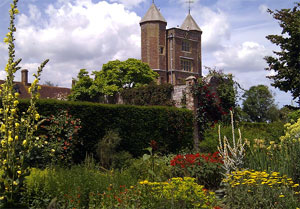 Day 1 Depart London at 09.15 and head south east following the route of the ancient Roman Watling Street that connected London with the port of Dover and eventually Rome itself. You continue on towards breath-taking Leeds Castle known as "the loveliest castle in the world". This majestic castle set in its own parkland and partially built on an island on the river Len is one of the most elegant castles and former palaces in England. After a leisurely visit you continue onto the North Kent coast. We spend time in the fishing port of Whitstable, one of the best places in England to sample locally sourced Oysters. Whitstable's maritime and fishing heritage is reflected in the name of the former freight railway "The Crab and Winkle Line" that ran from the town. In the late afternoon you take the short drive inland to the Cathedral town of Canterbury, our base for the next two days. 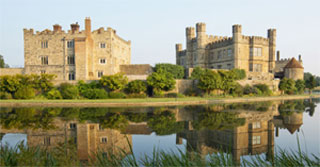 Day 2 Leaving Canterbury today you spend much of the day on the Kent coast. You drive the short distance towards the port of Dover where you can enjoy magnificent views of the world famous White Cliffs that look over the English Channel that separates Kent from mainland Europe. You can take time to visit Dover Castle, one of England's greatest fortresses that has stood guard over the English Channel for nine centuries. Explore the Castle Tower and the war tunnels that saw action as recently as 1945. 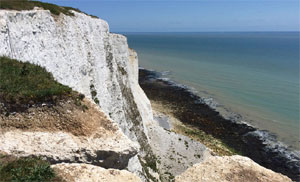 Heading north along the coast you stop in Walmer and Deal, two coastal towns that lie adjacent to each other. This was the landing spot of Julius Caesar when he arrived in Britain in 55BC. Here you have the option to visit Deal or Walmer Castles, stroll along the pier at Deal or simply relax over lunch in one of the many beach front restaurants or bars. Following lunch you continue along the Kent coast towards Sandwich, a unique town that at one time sat on the shores of the English Channel until the Great Stour river silted up the surrounding marshlands which eventually left Sandwich stranded inland. 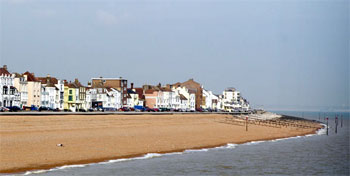 Day 3 Leaving Canterbury you travel south and across the county line into East Sussex for a short visit to Rye, a medieval town that was once part of the Cinque Ports confederation and is now landlocked two miles from the open sea. Rye has been home to smugglers, royalty as well as writers and now offers visitors the chance to lose themselves in its ancient narrow lanes and passages. 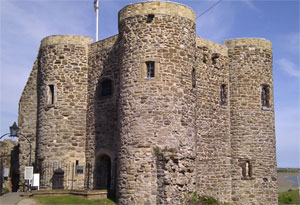 Turning North your tour continues on to Sissinghurst Castle and Gardens, a 16th century hunting tower, former prison and Manor House. Stopping for lunch you will have time to explore the gardens, castle buildings and surrounding London estate. The colourful gardens, designed by poet Vita Sackville-West, are considered the finest in England and offers some of the finest views across the Weald of Kent towards the North Downs hills. From here you begin your journey back to London via the ancient Spa town of Royal Tunbridge Wells where you can sample the health giving waters of the Chalybeate Spring. We arrive back at Greenlines coach station at approximately 19.00
For departure details refer to the "Prices, Dates, and What's Included" Section...

Enjoy a short break tour in Scotland from Edinburgh. Tours in duration of 2 to 6 days around the Scottish Highlands and Islands.
>>See Tour Details
Tours of Ireland and Northern Ireland